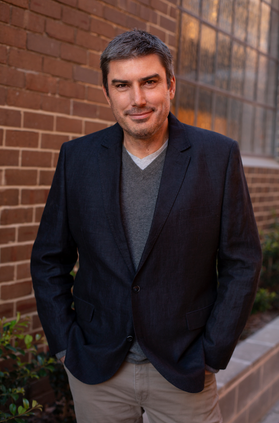 Photo credit: Sarah Louise Kinsella
While still in his twenties, John Purcell opened a second-hand bookshop in Mosman, Sydney, in which he sat for ten years reading, ranting and writing.

Since then he has written, under a pseudonym, a series of very successful novels, interviewed hundreds of writers about their work, appeared at writers’ festivals, on TV (most bizarrely in comedian Luke McGregor’s documentary Luke Warm Sex) and has been featured in prominent newspapers and magazines.

​Now, as the Director of Books at booktopia.com.au, Australia’s largest online bookseller, he supports Australian writing in all its forms. He lives in Sydney with his wife, two children, three dogs, five cats, unnumbered gold fish and his overlarge book collection.