Reviews of The Secret Lives of Emma: Beginnings

Kylie Ladd, author of After the Fall, Last Summer, Into My Arms and Mothers and Daughters, reviews The Secret Lives of Emma 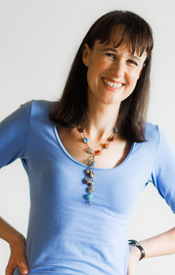 To me, the trouble with the vast majority of erotica is twofold:

(i) the quality of the writing is far more disturbing than anything the protagonists might do to each other, literary merit not usually being the most lasting effect the author hopes to create;

and (ii) there are, to put it bluntly, only so many ways tab A can be inserted into slot B – or even slots B, C and D, simultaneously or in-turn.

As such, I’m not a huge fan of the genre, often finding it predictable, dull, less believable than the letters to Penthouse Forum, and worst of all, execrably written. It’s not that I don’t like smut, it’s just that I’d much prefer to serendipitously stumble across a nice bit of filth in a novel I am already engaged with, where the characters think and feel, and any slot/tab sightings are integral to the plot.

The Secret Lives of Emma: Beginnings has the potential to change all that. Natasha Walker’s debut novel is eloquent, measured and articulate, its tone – in surely a first for erotica – both wry and playful. More to the point, it’s dirty enough that Walker adopted a pseudonym to write the book, and readers may feel in need of a shower after finishing it, cold or otherwise.

Emma Benson is a 32 year old housewife, not so much desperate as desperately sensual, in thrall to her own carnal nature and, though she loves her husband, questioning her ability to remain faithful to him after less than a year of marriage.

Salvation comes in the form of 18 year old schoolboy Jason, who literally drops into her lap when she is sunbathing in her backyard one afternoon. Though tall, good looking and an accomplished sportsman, Jason is (surprisingly but conveniently) untutored in the ways of the flesh, something Emma sets out to rectify over the course of the book.

One of The Secret Lives of Emma: Beginnings’ most impressive achievements in this regard is how Walker establishes the sexual tension between the characters early in chapter one, then not only sustains, but mercilessly ratchets it up, for the remaining 250 or so pages.

After the FIFTY SHADES OF GREY phenomenon, it is refreshing to find a female erotica lead who is older, experienced and very much in touch with her sexuality. Quite deeply in touch, as some scenes reveal, but I digress. More interestingly, Emma, like her Jane Austen namesake, is intelligent, self-assured, forthright, scheming and definitely likes to get involved in the lives of her neighbours. Walker’s occasional asides through Emma’s eyes on the nature of monogamy or Australian politics or the particular private school type peculiar to Sydney’s north shore are witty and subversive, a delight to read.

Still, that’s not why you buy erotica, is it? Perhaps I should just say then that yes, the book is filthy, arousing, and features plenty of tabs and slots, with the two sequels to be released later this year and in 2013 promising even greater levels of depravity. Walker – and Emma – are women to watch. I predict The Secret Lives of Emma: Beginnings will sell like hot cocks. Sorry, cakes. 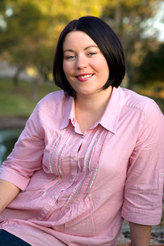 Before I start, I must admit, I haven’t read Fifty Shades of Grey or any of the supposed spin-offs and had absolutely no inclination to do so. I read 100 pages of Grey because I thought I should – it sold bucket loads and as an author it would have been good research to work out why – but I honestly couldn't go any further. Erotic romance has just never been my thing.  So, I’d never had any inclination to pick up The Secret Lives of Emma series either. There were just too many other books on my TBR pile. I like a hot sex scene as much as the next person in a romance, but I’m more there for the romance than the sex.

And then a couple of weeks ago, I read an article online about the true identity of Natasha Walker, author of The Secret Lives of Emma and suddenly I was interested. You see, I’d recently met John Purcell, the author behind Natasha, at the Australian Romance Readers Convention and I was gobsmacked!!! Seriously, I would NEVER have picked this. I was really curious to see how John wrote from the point-of-view of a very sensual female and ordered the book (from Booktopia) immediately.

The Secret Lives of Emma begins with Emma Benson (32), a bored housewife, studying while sunbaking in her backyard. It is immediately apparent that she is an erotically-charged woman and has a past her husband is unfamiliar with. She’s longing for more excitement in her life, but in particular her sex life. She’s happy with her husband, David, who is apparently very good in bed, but she needs more. To quote the book, “She was a sexual glutton, but, like any good diet, her diet required variety.” While Emma loves David (or so she says, we don’t actually see much of this relationship), her views on marriage do not match those of the general public and thus some people might find her a distasteful character.

Personally, I liked Emma (although it took me a while to work this out) and I enjoyed the book. I’m sure there are plenty of people in ‘real life’ like Emma but I enjoyed the book as a fantasy. I found Emma’s daring and that of her young lover exciting and shocking all at once.

There are really only two characters in Beginnings – Emma and her 18 year old neighbour, Jason, whom she decides will be her project. She will teach Jason to be a good lover and reap her own pleasure in the process. Jason is an interesting

character – he is the perfect son and student but Emma lures him into her torrid world and she becomes his focus above all else. There’s mention of Emma’s husband, her other lover Paul and a teenage girl who is after Jason, but they take up very little page space. The story is all about Emma and her illicit affair with her neighbour’s son.

Maybe it is the illicitness of the situation that helps the chemistry leap off the page from chapter one. Although at first I wasn't sure I liked the idea of an affair between world-wise Emma and innocent Jason, I found myself turning the pages as their encounters heated up, desperate for them to consummate their affair. Jason develops more as a character than Emma – changing from a naive and guileless, albeit hot, school boy, into a man aware of his needs and the power they can have on him and others. If I had any complaint about the novel, it would be that there wasn't a deep emotional connection between the two lovers, but that didn't stop me being invested in them and their story.

I can’t compare The Secret Lives of Emma to other books of this genre, but I can say that I thoroughly enjoyed it and will be ordering buying books two and three ASAP! It’s an easy but clever read and I’m desperate to know what happens next in the life of naughty Emma.

For much of my early twenties, I spent hours wandering through the labyrinth of shelves in John Purcell’s secondhand bookshop (John’s Bookshop) a beautiful store tucked into the corner of a small shopping village in Mosman. The huge selection of novels, combined with John’s encyclopaedic knowledge of all things literary was a true bookworm’s heaven.

And so, it was lovely and a little intriguing to discover that the tall, mysterious man behind the counter of this much-loved little bookstore had penned his own novels, under the pseudonym Natasha Walker.

“She was not unhappy, not all at, except in this: she needed from time to time to be very naughty.”

Emma is a psychologically complex woman, both scheming and reflective. She’s beautiful, but she’s clever. Beguiling. There’s an intelligence to Emma’s encounters, to her analysis of situations, emotions and of course, the people she meets, lusts after and loves.

The novels are written in such a way that the experience is seamless, creating the sense that you might miss out if you stop reading, that the characters will simply continue on without you.

Purcell writes sex brilliantly, even elegantly at times. The language is perfectly sexy, avoiding the sorts of clichés that can make erotica more cringeworthy than sensual. There’s a wit and playfulness to the overall tone of the books, something which sets them apart from other novels in this genre.

The Secret Lives of Emma is intelligent erotica. It’s multi-layered, funny and at times, even wise.

A tease and a treat.

Ariane Beeston’s writing has appeared on The Good Men Project, Mamamia, ivillage Australia Role/Reboot and Essential Baby.
She can be found on twitter @Ariane_JMS and you can read her published work at http://arianebeeston.wordpress.com